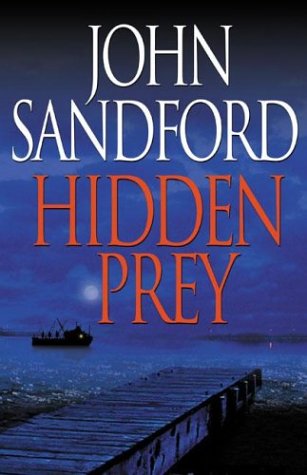 Det. Lucas Davenport has battled some real demons over the past 15 Prey novels and drifted in and out of lust and love with a host of women. But now he's happily married to the lovely Weather; has a nine-month-old son, Sam; and takes care of his 12-year-old ward, Letty West. Sure, he's got a measure of the old angst, but he's growing accustomed to the good life, spending quality time alone on the couch drinking beer and watching TV golf. His new job is running the Office of Regional Research at the Minnesota Bureau of Criminal Apprehension where he looks into various crimes and "fixes shit" for the governor. So when a dead Russian shows up on the docks in Duluth, Lucas is assigned to shepherd the lady investigator, Nadya Kalin, being sent by the Russian government. From the very first pages, the reader knows it's teenager Carl Walther who has killed the Russian. What makes the book intriguing is the manner in which the sagacious Davenport goes about uncovering the rest of the co-conspirators—a gang of Minnesota-based Communist spies headed by Carl's grandpa, 92-year-old ex-KGB colonel Burt Walther. That Sandford makes this unlikely plot believable is a mark of his mastery of the technical aspects of the mystery form and a testament to his overall writing skills. Readers will be pleased with this relaxed version of the moody Minneapolis investigator. In past novels, the womanizing Davenport would have romanced the good-looking Russian lady, but the new Davenport is content to play the part of friend and protector and go back to his cozy family with an unstained and remarkably contented soul.