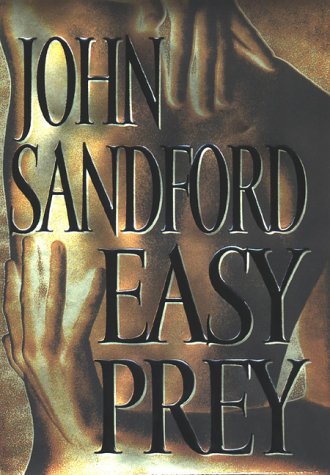 The 12th entry in Sandford's ever-entertaining Prey series (Certain Prey, etc.) finds Minneapolis Deputy Police Chief Lucas Davenport again rambling through a murky case with his unique combination of gutsy intelligence and aw-shucks attitude. Fashion model Alie'e Maison has been found dead in a back bedroom, seemingly strangled at a chic party. Then--typical of Davenport's luck--the body of a second woman tumbles out of a closet just as the investigating cops get ready to leave the scene. There's no shortage of suspects who could have killed Alie'e: her boyfriend, for instance, recently dropped in favor of a lesbian lover, or her brother, a backwoods holy man who disapproved of his sister's lifestyle. There are Alie'e's parents, who could be trying to cover up a history of sexual abuse; the local drug dealer who supplied Alie'e with heroin; and the oily banker who appears to be the money behind the drug dealer. As many of these suspects get murdered, one by one, including those connected to the second victim in the closet, it's clear that the killer remains at large. That makes Davenport and his colleagues look foolish in the eyes of the media horde descending on the case. To make matters worse, Davenport's having women trouble again, torn among three beauties who want to bed him. As always, it's a joy to follow this rare cop who gets led more often by his gut instinct than by clues. His humor, understated and perverse, can be wildly funny, and the people he runs across are shrewdly conceived originals, cut from fabric way at the back of the bin. BOMC main selection; simultaneous Putnam Berkley Audio; author tour. (May)
close
Details