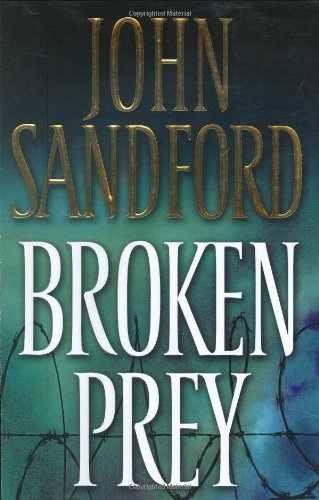 Sandford sends series hero Lucas Davenport's family off to London to ensure that domestic concerns never slow the action in this sexy, bloody thriller. Davenport, a Minnesota State Bureau of Criminal Apprehension investigator, had lately been doing political fix-it jobs for the governor, but this time he's got a psychopathic serial killer on his hands. ("All major metro areas had them, sometimes two and three at a time. The public had the impression that they were rare. They weren't.") The first victim, a young woman, was "scourged" with a wire whip; number two, a young man, had his penis cut off. Evidence first points to recently released sex offender Charlie Pope. Though Charlie is pretty dumb and the killer is extremely smart, it takes Davenport and his series partner, Detective Sloan, a while to realize they're chasing the wrong guy. Sandford introduces some lighter moments, the most entertaining about Davenport's new iPod and his quest to compile a list of the 100 best rock songs ever recorded, which every cop on the force gives him suggestions for. These moments allow readers to catch their breath amid the otherwise nonstop tension as the killer taunts the authorities while snaring more victims, and the cops race around the countryside always just a few minutes too late. For those who thought Davenport (and Sandford) were slowing down and showing signs of age and prosperity, this superlative entry will dispel all such notions. This is tough, unstoppable, white-knuckle fiction. .