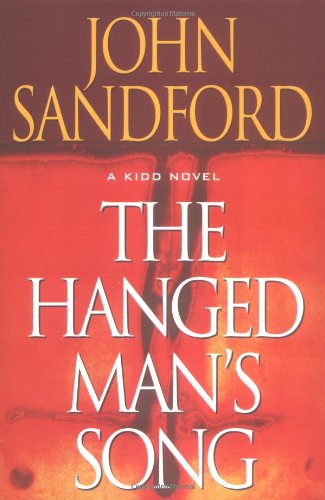 This series of techno-suspense novels featuring artist, computer wizard and professional criminal Kidd (; ; ) and his sometime girlfriend, cat-burglar LuEllen, are far fewer in number and less well-known than Sandford's bestselling Prey books. In this entry, Bobby, Kidd's genius hacker friend ("Bobby is the deus ex machina for the hacking community, the fount of all knowledge, the keeper of secrets, the source of critical phone numbers, a guide through the darkness of IBM mainframes"), goes offline for good when he is hammered to death by an intruder. Bobby's laptop is stolen, which is bad news for Kidd as several of his more illegal transactions may be catalogued on the hard drive. Kidd needs to find the computer, break the encryption and revenge Bobby's death. The trail leads from Kidd's St. Paul, Minn., art studio to heat-stricken rural Mississippi and on to Washington, D.C., where Kidd uncovers a government conspiracy that threatens the reputations and livelihood of most of the nation's elected representatives. One of the joys of the series is learning the tricks of computer hacking and basic burglary as Kidd and LuEllen take us to Radio Shack, Target, Home Depot and an all-night supermarket to buy ordinary gear, including a can of Dinty Moore Beef Stew, to use in clever, illegal ways. The action is as hot and twisted as a Mississippi back road, but the indefatigable Kidd eventually straightens it all out and exacts a sort of rough justice that matches his flexible moral code. The early entries in this series have aged badly because of the advances in technology, but this latest intelligent and exciting thriller proves a worthy addition to Sandford's overall body of work.