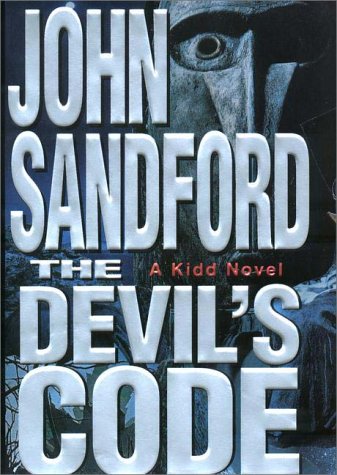 Would that Sandford, creator of the marvelous and bestselling Prey thrillers, had heeded Thomas Wolfe's advice about going home again. Instead, he's resurrected a hero from his previous crime series (The Fool's Run, etc.) in his latest thriller, which begins when the infamous Kidd--artist, computer expert and master criminal--is called in to investigate the mysterious death of a former colleague in Texas. Working with the victim's sister, Kidd slowly uncovers a massive computer conspiracy masterminded by St. John Corbeil, the president of a Texas microchip company, whose excesses spiral out of control when the company's product (after gaining a foothold in the world of intelligence) bombs in the commercial marketplace. At first Kidd is inclined to steer clear of the seamier side of the conspiracy, but when several members of his own high-powered criminal group are implicated and the National Security Agency begins scrutinizing his operation, he brings in his part-time partner and lover, LuEllen, to help with the investigation. Their probe turns dangerous when the corporate kingpin hires a pair of assassins to hunt down Kidd, eventually forcing him to focus on a mano-a-mano duel with Corbeil. Sandford pens plenty of stirring action scenes as Kidd's encore unfolds, and it's clear that the author likes playing with his hero's shady sensibility and the chemistry he enjoys with the versatile and erotic LuEllen. But despite his edgy and sometimes provocative narrative style, Sandford struggles to bring a sense of urgency to the narrative. Kidd's return will be welcome news for Sandford fans, but the tepid plot makes his comeback a pedestrian affair. 400,000 first printing; major ad/promo. (Oct.)
close
Details