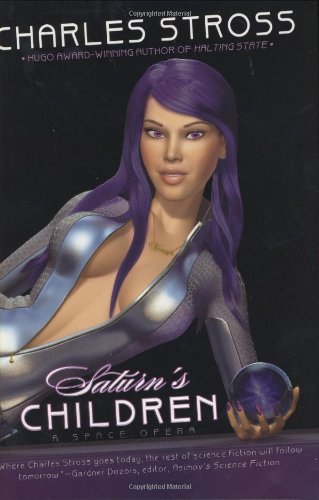 Sex oozes from every page of this erotic futuristic thriller. In a far-future class-driven android society, most of the populace are slave-chipped and owned by wealthy “aristos.” When low-caste but unenslaved android Freya offends an aristo and needs to get off-world, she takes a courier position with the mysterious Jeeves Corporation, but the job turns out to have dangers of its own. Designed as a pleasure-module, Freya isn't quite as obsolete as she could be, as androids have sex with each other incessantly. Hugo-winner Stross ( ) has a deep message of how android slavery recapitulates humanity's past mistakes, but he struggles to make it heard over the moans and gunshots. Readers nostalgic for the SF of the '60s will find much that's familiar (including Freya's jumpsuit-clad form on the cover), but that doesn't quite compensate for the flaws.