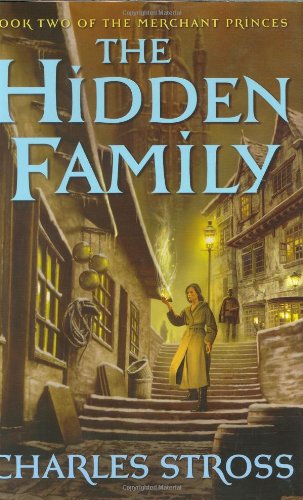 Miriam Beckstein, aka Countess Helge Thorold-Hjorth of the Clan, finds her own world to conquer in this fast-moving sequel to (2004)—a neo-Victorian America ruled by an English king in exile. Determined to show her uncle, Duke Angmar, that a hidden branch of the Clan is responsible for past assassinations and present attempts on her life, Miriam tracks them to the world of New Britain. There, she connects with a pawnbroker-cum-revolutionary and begins her own revolution to demonstrate the higher profits found in intellectual property smuggling. Before long, Miriam is battling suspicious royal security and the hidden family's hit team at the same time. Stross continues to mix high and low tech in amusing and surprising ways. However, while giving a gritty SF portrait of the marvels of modern market economics and correcting the too pretty portrait of too many medieval fantasy lands, he sometimes overlooks the realities that constrain both. Still, less historically minded readers can lose themselves in Miriam's attempts to survive the Clan's equally dangerous high-stakes business and social games. Stross weaves a tale worthy of Robert Ludlum or Dan Brown.