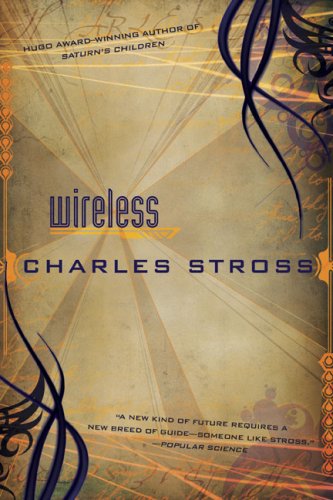 Prolific novelist Stross pauses to collect short stories that have not (yet) been stitched up into his longer work. Stories that move the U.S.–U.S.S.R. conflict onto a massive disk in another galaxy (Locus Award–winner “Missile Gap”), offer a spam-filter solution to the Fermi paradox (“MAXOS”) and suggest clever bargains with the devil in a newly frozen Scotland (“Snowball’s Chance”) demonstrate Stross’s ability to crisscross genres, blending SF, fantasy, horror and espionage. He also pays homage to his literary forebears, combining Lovecraft and the Iran-Contra scandal (“The Colder War”) and bringing in Carl Sagan and Stephen Jay Gould as characters. Though individual pieces are well-done and deservedly popular, the collection has an overall sense of early drafts and reworkings of other pieces, as with “Trunk and Disorderly,” a P.G. Wodehouse–on–Mars “test run” for 2008’s .