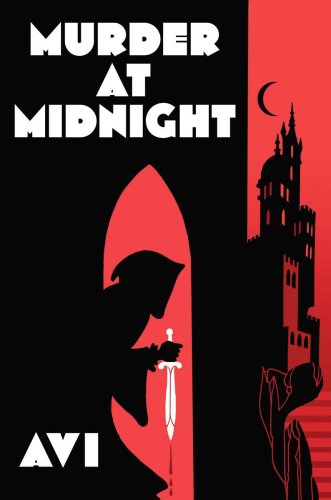 Readers are returned to the Renaissance city of Pergamontio in this funny, lightweight mystery, set before the events of Avi's , with 10-year-old Fabrizio having just begun serving Mangus the Magician. When hundreds of neatly printed handbills proclaiming “The kingdom needs a strong ruler! Establish true authority! Do not fear a change!” mysteriously appear, the superstitious King Claudio and his pompous “Primo Magistrato” DeLaBina believe it's the devil's work (Claudio and DeLaBina have “been successful in keeping Pergamontio free of all modern ideas, technologies, and heresies”). Mangus is accused of creating the fliers with black magic, and is placed under arrest and threatened with death. But when DeLaBina is murdered, it's up to the Sancho Panza–like Fabrizio and his new friend, the printer's devil Maria, to discover which of Pergamontio's scheming nobles is responsible for all of the skullduggery. Combining action, silliness and enough step-by-step explanations to help readers figure out the mystery, this enjoyable historical tale should appeal to the author's many younger fans and send them off to read—or reread— . Ages 8–12.