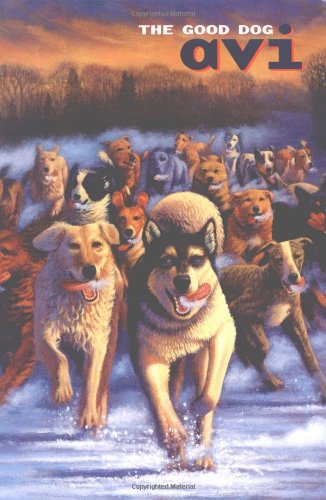 Themes reminiscent of Jack London's ring throughout this vividly imagined animal story. From a canine perspective, Avi () relates how a malamute named McKinley's life changes after he encounters a wolf. Head dog in Steamboat Springs, McKinley leads a busy life, protecting his family (including his "human pup," Jack) and keeping order among his canine compatriots in the mountain town. While trying to aid a runaway—the forlorn greyhound, Duchess, whose owner offers a reward for her return—McKinley encounters Lupin, a wolf who hopes to recruit dogs for her dwindling pack. Lupin's indictment of dogs ("tongue-lapping, tail-wagging slaves who take their food from bowls!") both stirs and shames McKinley; he soon finds his loyalties torn as he simultaneously tries to foil Jack's misguided plan to join the wolves, keep a wounded Lupin safe from those hunting her and fend off Redburn, a conniving Irish setter bent on usurping the hero's place as head dog. The action moves along at a crackling pace, reaching a crescendo in a dramatic moonlight confrontation. The dog's-eye point of view allows for some creative touches, including insights into animal behavior and the vocabulary McKinley uses for various human objects ("eating sticks" for utensils; "a block of staring papers" for book; "glow box" for television), but most compelling of all is the transformation of McKinley's happy-go-lucky character into a truly majestic leader. Ages 8-12.