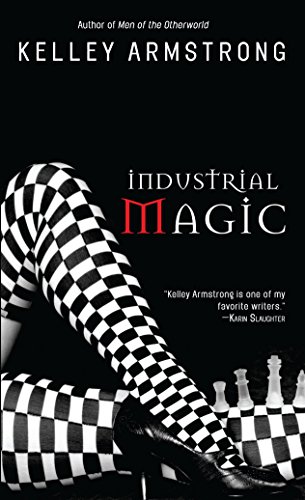 Set in a supernatural but credible underworld of industrial baron sorcerers and psychologically crippled witches, the fourth novel in Armstrong's Women of the Otherworld series (after ) follows young renegade witch Paige Winterbourne as she pitches a group of uptight business-suited witches to join her alternative coven, which she claims will re-empower the new generation. It's a task made nearly impossible by Paige's romantic association with sorcerer/lawyer Lucas Cortez; in Armstrong's world, witches and sorcerers are bitter enemies. Lucas aims to bring down the mafia-like cabal to which he's heir apparent, but this goal and Paige's are put on the back burner when someone starts murdering the children of rival cabal leaders. In their hunt for the killer, Paige and Lucas must rely on a number of unpromising allies: a vicious aging vampire, a TV celebrity necromancer and the ghost mom of an adolescent witch who may be the murderer's next victim. As in the author's first book, (which introduced the world's only female werewolf, Elena, who also figures in this plot), breakneck action is tempered by deep psychological insights, intense sensuality and considerable humor.