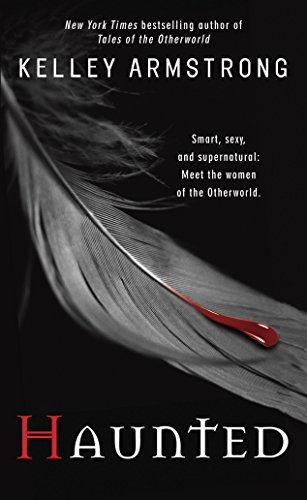 Smart-mouthed Eve Levine, a witch with a reputation for breaking the rules, may be dead, but as she proves in this overstuffed paranormal romance (a follow-up to ), she can still raise hell in the hereafter—which, in this case, is a curiously ordinary dimension in which ghosts like Eve and her also deceased former lover, a sorcerer named Kris, can bicker, have sex and use their paranormal powers. The Fates, three elusive sisters, are the rulers of this otherworldly dimension, and they have a job for Eve. If she can defeat a demonic Nix who's wreaking havoc in the human realm by inducing people to kill, she'll earn her wings—literally. The catch: she can't capture the Nix without the powers that angelhood affords. Eve surmounts this hurdle by teaming up with a hunky and humanlike angel named Trsiel, but her quest, which is fraught with obstacles as well as unnecessary distractions, is lengthy and meandering. In addition, Eve's kick-butt-ask-questions-later attitude, while amusing, can be wearying, and the rules of Armstrong's alternate world seem conveniently changeable. Still, those who appreciate heroines with a good measure of spunk, sass and strong-arm savvy will find this a fun if fitful read. .