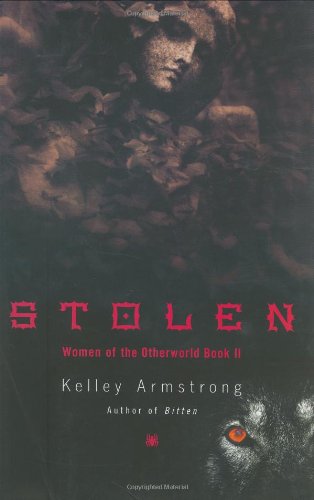 Elena Michaels, the only known female werewolf, cavorts on a more fully cultivated supernatural playing field in this sure-footed follow-up to (2001). While investigating a suspicious notice advertising information for sale about werewolves, Elena meets witches Paige and Ruth Winterbourne—and, to her misfortune, a team of mortal and supernatural commandos who abduct Elena and Ruth to a remote underground bunker in the wilds of Maine. There Ty Winsloe, "billionaire and computer geek extraordinaire," is collecting a menagerie representing all the supernatural species that coexist anonymously with humanity (vampires, werewolves, witches, etc.). While his scientists study such creatures in the hope of distilling their uncanny powers as salable commodities, Winsloe hunts those captives who have outlived their usefulness in cruel most-dangerous-game fashion. Elena's efforts to outsmart Winsloe long enough to apprise her Pack of her whereabouts are complicated by a werewolf wannabe among the captors. Though the tale is pretty much a prison-break story spiffed up with magic, Armstrong leavens the narrative with brisk action and intriguing dollops of werewolf culture that suggest a complex and richly imagined anthropologic backstory. The sassy, pumped-up Elena makes a perfect hardboiled horror heroine, with enough engaging attitude to compensate for the loose ends left untied to set up her next adventure.