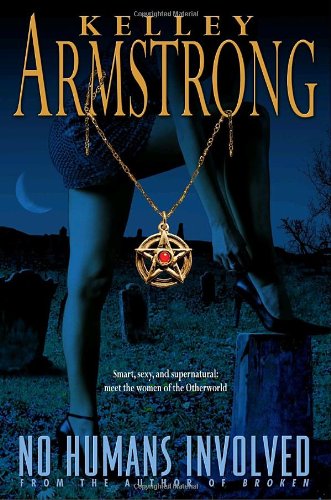 In Armstrong's assured seventh Otherworld paranormal romance, her first in hardcover (after ), pretty Jaime Vegas, a 44-year-old necromancer who can reanimate the dead, faces her biggest career challenge yet—freeing the trapped ghosts of six murdered children. Thankfully, Jeremy Danvers, Jaime's hunky and very Alpha werewolf boyfriend, tags along for this hair-raising ride. Jaime, who has made a living onstage and off by her ghost-whispering skills, is in L.A. as one of three celebrity mediums participating in , a TV special that hopes "to raise the ghost of Marilyn Monroe," but instead uncovers a serial-killing cult intent on man-made black magic. Seeking justice for the lost children and punishing the dark arts practitioners don't prevent Jaime and Jeremy from finding time for love. Armstrong deftly juggles such creatures as werewolves, witches, demons and ghosts with real-life issues. The only disappointment? Marilyn's ghost never shows.