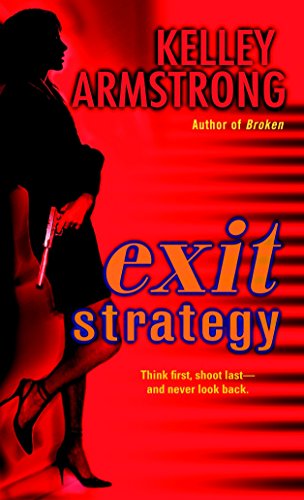 Armstrong deviates from her popular Women of the Otherworld series to introduce a new protagonist, Nadia Stafford, a cop-turned-hit-woman, saddled in her first adventure with a killer vs. killer mission. After being retired from a Canadian police force for shooting a suspect dead, Nadia becomes a hit woman—temporarily, that is, while she waits for her lakeside lodge to take off—targeting smalltime career criminals for clients who are often their direct competitors. Now, she's teaming up with her mentor, Jack, to apprehend a hit man–turned–serial killer known as the Helter Skelter killer. As Nadia pursues the case deeper into the dangerous world of assassins and spies, she finds reason to suspect just about everybody in Armstrong's fine cast of shifty, complex characters. The sexual tension between Jack and Nadia is entirely believable, adding a compelling, organic layer to the suspense. Armstrong's expert plotting never falters, and she's able to keep ramping up the intensity throughout more than 500 pages—no easy feat—making this a top-notch entertainment sure to seduce fans of tough heroines.