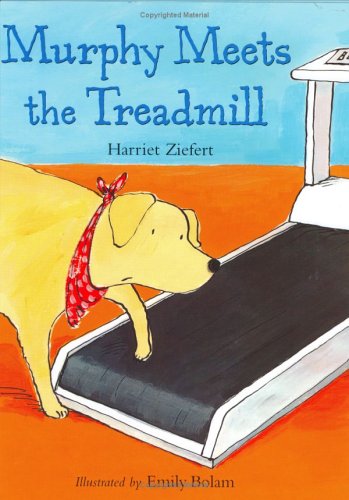 The narrator of this makeover tale starts out as a roly-poly Labrador whose favorite pastimes are lying on the porch and bumming junk food from the neighborhood kids. His owner, Cheryl, informs Murphy in no uncertain terms that he has tubbed out. "I was surprised. I thought I had a good build and was an excellent example of my breed," the fellow protests. Cheryl puts Murphy on a fitness regimen worthy of Rocky Balboa, and the poor pooch responds with expressions ranging from despondency to seething anger. But when Cheryl forces Murphy to work out on the treadmill, he not only sees the light, but also attains the status of celebrity hunk. "I knew she thought I was handsome. And physically fit," says Murphy of a sleek hound named Nikka who comes to check him out. "And I said to myself, " Beneath Ziefert and Bolam's (previously teamed for ) deadpan words and cartoons, they've mined a rich vein of wry, knowing humor. And they make palatable the timely lesson that leaving the couch potato life behind yields impressive rewards. Ages 4-8.