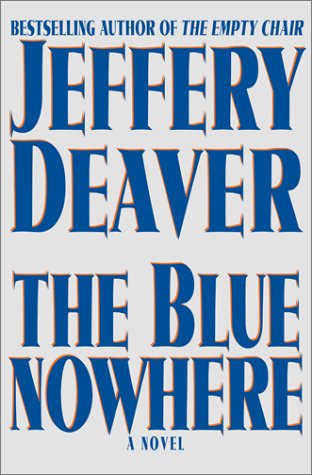 How do you write a truly gripping thriller about people staring into computer screens? Many have tried, none have succeeded—until now. Leave it to Deaver, the most clever plotter on the planet, to do it—by simply applying the same rules of suspense to onscreen action as to offscreen. Much of the action in this novel about the hunt for an outlaw hacker turned homicidal maniac does takes place in the real world, but much else plays out in cyberspace as a team of California homicide and computer crime cops chase the infamous "wizard" hacker known as Phate. The odds run against the cops. With his skills, Phate can not only change identities at will (a knack known as "social engineering" in hacking parlance) but can manipulate all computerized records about himself. The cops have a wizard of their own, however: a former online companion of Phate's, a hacker doing time for having allegedly cracked the Department of Defense's encryption program. He's Wyatt Gillette, coveting Pop-Tarts (the hacker's meal of choice) and computers, but also the wife he lost when he went to prison—and it's his tortured personality that gives this novel its heart as Wyatt is sprung from prison, but only for as long as it takes to track down Phate. The mad hacker, meanwhile, no longer able to discern between the virtual and the real, has adapted a notorious online role-playing game to the world of flesh and blood, with innocent humans as his prey. As he twists suspense and tension to gigahertz levels, Deaver springs an astonishing number of surprises on the reader: Who is Phate's accomplice? What are Wyatt's real motives? Who is the traitor among the cops? His real triumph, though, is to make the hacker world come alive in all its midnight, reality-cracking intensity. This novel is, in hacker lingo, "totally moby"—the most exciting, and most vivid, fiction yet about the neverland hackers call "the blue nowhere."