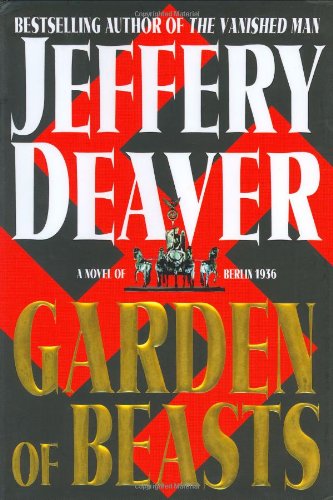 Deaver fans expect the unexpected from this prodigiously talented thriller writer, and the creator of the Lincoln Rhyme series and other memorable yarns ( , etc.) doesn't disappoint with his 19th novel, this time offering a deliciously twisty tale set in Nazi Berlin. The book's hero is a mob "button man," or hit man, Paul Schumann, who's nabbed in the act in New York City but given an alternative to the electric chair: to go to Berlin undercover as a journalist writing about the upcoming Olympics, in order to assassinate Col. Reinhard Ernst, the chief architect of Hitler's militarization, seen as a threat to American interests. A German spy onboard Paul's transatlantic liner grows suspicious and sends a warning to Germany before Paul discovers and kills him. Then in Berlin, Paul, en route to meet his contact, kills a second suspicious man who may be a storm trooper, setting Insp. Willi Kohl of the Berlin police, or Kripo, on his trail. Deaver weaves the three manhunts—Paul after his target, Kohl after Paul and the Nazi hierarchy after Paul—with a deft hand, bringing to frightening life the Berlin of 1936, a city on the brink of madness. Top Nazis, including Hitler, Himmler and Göring, make colorful cameos, but it's the smart, shaded-gray characterizations of the principals that anchor the exciting plot. An affecting love affair between Paul and his German landlady goes in surprising directions, as do the main plot lines, which move outside Berlin as heroes become villains and vice versa. This is prime Deaver, which means prime entertainment.