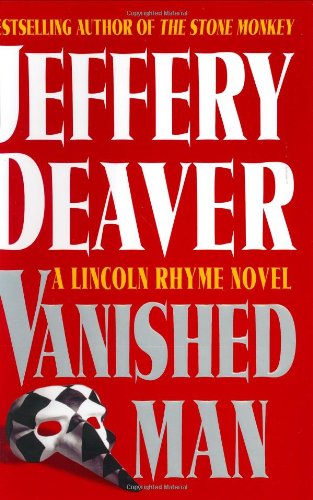 Fans of Deaver know that he works storytelling magic in his thrillers, not just the Lincoln Rhyme tales (, etc.) but also the stand-alones (, etc.). It's fitting, then, that in his new, giddily entertaining story about quadriplegic crime fighter Rhyme, he casts as his villain a professional illusionist—and an apprentice magician as assistant to Rhyme and Rhyme's cop sidekick–lover, Amelia Sachs. The novel opens with the murder of a young female student at a music school on Manhattan's Upper West Side. Caught in the act, the killer vanishes from a sealed room. Forensic and eyewitness clues point to a culprit with magic training; looking for expert help, Sachs encounters an aspiring illusionist, who goes by the stage name of Kara, who agrees to help her and Rhyme. The villain—revealed in passages from his POV as "Malerick," soon identified as a world-class magician with a serious ax to grind—commits further mayhem (including an attack on Rhyme), which looks like steps toward an act of consummate revenge. A subplot about a white power demagogue's attempt to assassinate the Manhattan D.A. who's prosecuting him grows to involve Malerick, giving the storyline twists—and twists and twists, through Deaver's masterful sleight of hand. Further subplots concerning Sachs's attempt to attain a sergeant's ranking, and Kara's relationship with her stroke-addled mother, as well as the customary difficulties of Rhyme's condition, add ballast to the gyrating main story line, rich in magic lore and lingo. This is prime Deaver.