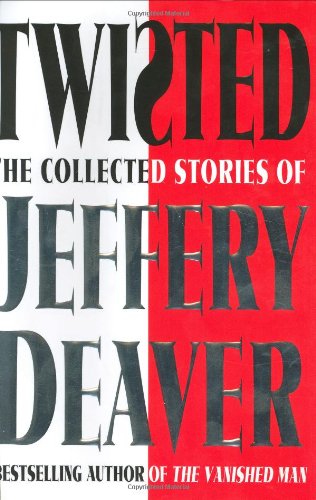 The title applies in several ways to this wicked collection of crime short stories by bestselling author Deaver ( , etc.): to many of the stories' characters and protagonists, who include murderers, adulterers, thieves; to the stories' arcs, which offer numerous bends and surprises; and to the general tone of the tales—as Deaver says in a brief introduction, "In a story, I can make good bad and bad badder and, most fun of all, really bad good." Of the 16 stories, 15 are reprints, some from , some from its counterpart , while one, a Christmas tale featuring Deaver's beloved quadriplegic crime-buster Lincoln Rhyme and his sidekick, Amelia Sachs, is original to the anthology. The opening story, "Without Jonathan," is representative of Deaver's approach here. A woman, Marissa, drives along a Maine road, tormented by images of her husband drowning at sea. She's on her way to meet a man, presumably her first date since her husband's death. Cut to the man, shown strangling a woman—is our heroine about to encounter a serial killer? The two meet... and it turns out that he's a hit man hired by Marissa to kidnap her cheating husband aboard the husband's ship, then throw him overboard. And so it goes in story after story, all characterized, in addition to clever plotting, by brisk characterization and compact, efficient prose. The Rhyme/Sachs entry, "The Christmas Present," is the cherry on the tart, as grumpy Rhyme and sweet but dangerous Sachs set out to save a woman from one apparent predator only to have to rescue her from another. Like an afternoon snack, this snappy volume will stave off hunger for Deaver fans until his next novel appears