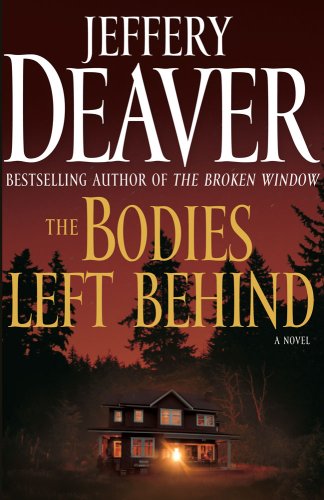 The Bodies Left Behind

Usually a strong plotter, bestseller Deaver ( ) fails to deliver on the promise of this stand-alone thriller’s nicely creepy opening. When two masked men break into the isolated lakeside weekend house of Steven Feldman, who works for the Milwaukee Department of Social Services, and his wife, Emma, an attorney who may have stumbled on union corruption in the course of some corporate research, Steven has just enough time to phone 911 before the intruders shoot him and Emma dead. That interrupted plea for help brings Deputy Brynn McKenzie, who possesses a set of predictable emotional baggage (an abusive ex-wife, a troubled teenage son), to the scene. A protracted and less than suspenseful game of cat-and-mouse between McKenzie and the hired guns responsible for the murders ensues. A few twists will catch some readers by surprise, but the pacing and characterizations aren’t up to Deaver’s best.