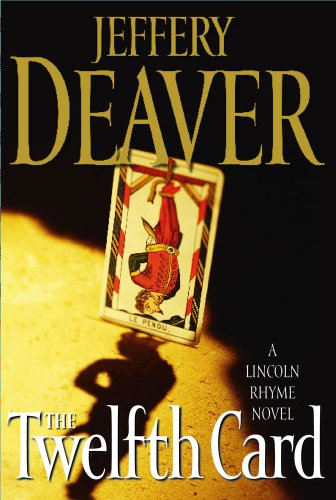 Lincoln Rhyme, Deaver's popular paraplegic detective, returns (after ) in a robust thriller that demonstrates Deaver's unflagging ability to entertain. But even great entertainers have high and lows, and this novel, while steadily absorbing, doesn't match the author's best. Geneva Settle, who's 16 and black, is attacked in a Manhattan library while researching an ancestor, a former slave who harbored a serious secret (not revealed until book's end). Amelia Sachs, Rhyme's lover/assistant, and then Rhyme are pulled into the case, which quickly turns bloody. After Geneva are a lethally cool white hit man and a black ex-con—but even when they're identified, their motive remains unclear: why does someone want this feisty, hardworking Harlem schoolgirl dead? To find out, Rhyme primarily relies, as usual, on his and Sachs's strength, forensic analysis; the book's tour de force opening sequence consists mostly of a lengthy depiction of their painstaking dissection of evidence left during the initial attack on Geneva, and every few chapters there's an extensive recap of all evidence collected in the case. Deaver offers more plot twists than seem possible, each fully justified, but this and the emphasis on forensics give the novel more brain than heart. Geneva, a wonderful character, adds feeling to the story, and there are minor personal crises faced by other characters, but as the novel's focus veers from police procedure to odd byways of American history, execution techniques and one more plot twist, the narrative loses grace and form. Even so, this is one of the more lively thrillers of the year and will be a significant bestseller.