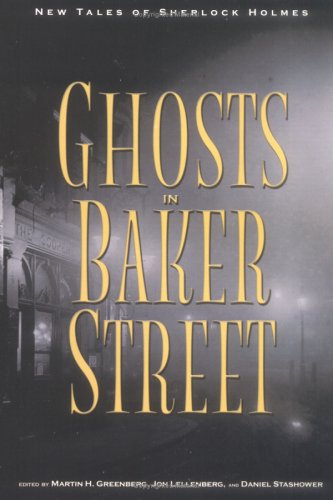 The Ghosts of Baker Street

Pitting the deductive skills of the great rationalist Sherlock Holmes against mysteries that may have an otherworldly source intrigued the detective's creator, as most notably shown by , and has inspired a legion of pastiche writers. This all-original anthology from the distinguished trio of Greenberg, Lellenberg and Stashower is an improvement over a similar volume, Michael Reaves and John Pelan's (2003), which attempted to combine the sleuth with the eldritch horrors of H.P. Lovecraft. Few of the 10 stories in this follow-up, however, raise even a momentary chill. The highlight, Gillian Linscott's "The Adventure of the Late Orang Outang," captures Conan Doyle's style, even if the mystery is less than baffling. Sherlockians may find the three essays at the end of interest (one is by Caleb Carr), but many readers might have preferred that the editors had instead included stories from such Watson emulators as Barrie Roberts and Denis Smith, both of whom have written superb Holmes tales with supernatural overtones.