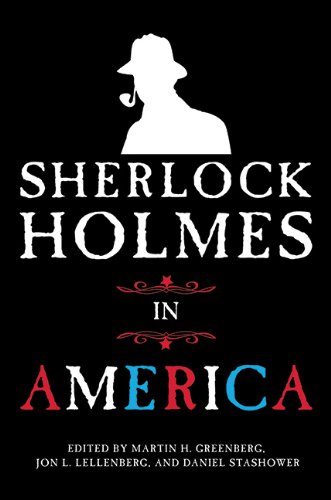 Fans of Sherlock Holmes pastiches will welcome the 14 new stories, all set in the U.S., in this solid anthology from Greenberg, Lellenberg and Stashower ( ). Newcomer Lyndsay Faye, author of (Reviews, Jan. 12), offers one of the volume's highlights, “The Case of Colonel Warburton's Madness.” In this version of one of Watson's legendary untold tales, Holmes cleverly solves the case in an armchair after the doctor describes a mystery he encountered in San Francisco. Robert Pohle makes good use of some ambiguities in to craft a fitting sequel to Doyle's first Holmes story in “The Flowers of Utah,” while Gillian Linscott has the detective ascertain which violin belonged to Davy Crockett in “The Case of Colonel Crockett's Violin.” Other contributors include Steve Hockensmith, Loren D. Estleman and Bill Crider.