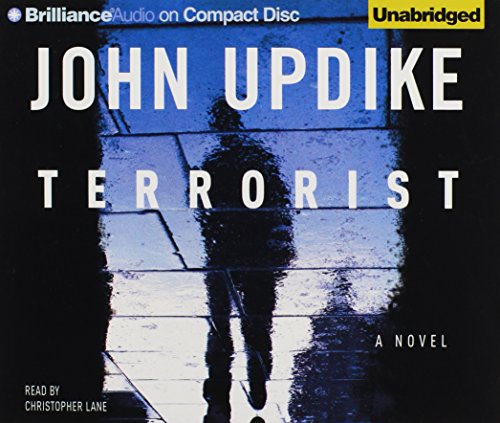 Updike's latest offers up a probing post-9/11 history lesson on America—its mythology and street realities, religious attitudes, and the myriad nationalities that have borne this country fruit. Lane has his work cut out, and for the most part delivers. He contends with multiple foreign accents and American dialects, not to mention gospel singing and Arabic recitations of the Koran. The tale follows a righteous Muslim teenager named Ahmad, an (Irish-Arab) American born and bred in northern New Jersey, and his seemingly inevitable journey toward a domestic suicide attack. Ahmad's Irish mother, Jewish guidance counselor and Lebanese employer/handler are all rendered with distinction by Lane. But Ahmad's accent is odd and hard to trace, almost seeming to contain a Dixie influence. Lane voices an African-American schoolmate in similar style, creating the potential for confusion when the two interact. Phone calls, snippets of TV shows, speeches and sermons are treated with a through-a-speaker effect that is sometimes disconcerting. But it doesn't detract from a generally rich audio experience, one built on diverse narration and ethnically sprawling storytelling.