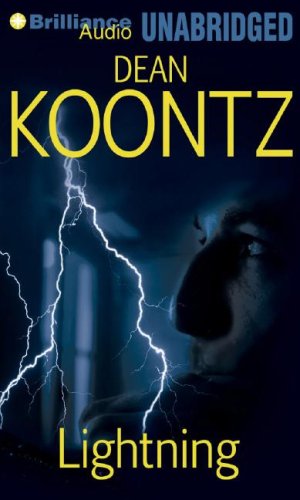 Since the night she was born, Laura Shane has been continually saved by a mysterious guardian who appears and disappears without a trail. Through the years, these random encounters prove more and more life-threatening, sending Shane down a dark path to which her savior, Stefan, has unintentionally led her and her family. But as Shane realizes “when” not “where” Stefan is from, she must scramble for her life as her enemies seek her out. Her only hope is in the knowledge that when lightning strikes, her enemies are near. Koontz isn’t the first author to incorporate lightning with time travel, but he certainly shines new light on the subgenre of time travel. Koontz’s 1988 novel gains new life in this unabridged production. Christopher Lane captures listeners with a stern and serious voice that can still lighten up, especially when voicing Shane’s son, Chris, or other colorful characters. Lane’s vocalizing of characters proves impressive, authentic and even amusing for everyone but Shane, whose voice is adequate but fades in comparison to the other characters. Regardless, Lane’s narration improves upon the book by adding a tonal edge that will keep listeners’ attention throughout all 14 hours.