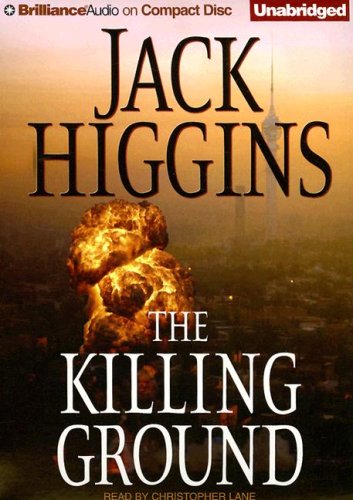 Higgins pits series hero ex-IRA enforcer Sean Dillon, now British Intelligence's go-to guy on antiterrorism, against terrorists Hussein Rashid, better known as the Hammer of God. The Hammer's plan is to enter England, kill Dillon's boss and kidnap a 13-year-old who has been promised to him as a future bride. This is a familiar but engrossing cat-and-mouse game involving a vast assortment of British, Irish, American, Russian and Muslim players on both sides of the board. Christopher Lang's crisp rendition aids tremendously in following Higgins's constant shifts from the Hammer's progress to Dillon's attempts to halt it. Lang also possesses a talent for accents. It's fun listening to him handle the group chats, with lightning shifts from lilting brogue to clipped old Etonian, guttural grunts to staccato Middle Eastern twang. One can't ask for any more than that.