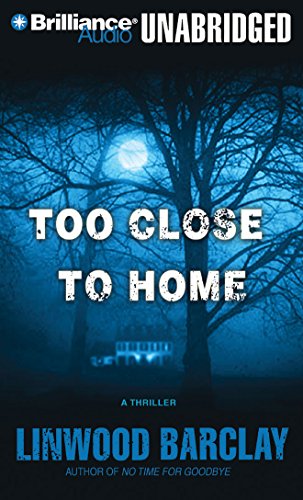 Too Close to Home

Barclay’s latest novel about ordinary people in extraordinary peril is filled with complications and coincidences that in a less propulsive thriller would push readers past the boundary of credibility. Christopher Lane adds a needed layer of reality to the yarn, giving each character unique shadow and substance. The novel’s hero is a grass cutter named (oddly enough) Cutter, whose neighbor, a hotshot lawyer, is murdered along with his family. Lane provides Cutter with the voice of an educated, clever guy operating beneath his potential and rounds out the book’s other characters, too—Cutter’s literary wife, his surly teenage son, a smarmy mayor, the arrogant dean of the local university and his Mafia-princess wife, a slow-talking mysterious stranger and assorted thugs and lawn-owners.