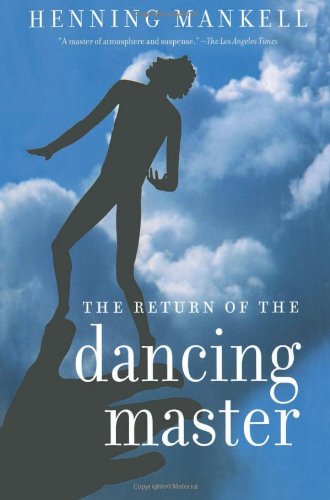 THE RETURN OF THE DANCING MASTER

Mankell, known in this country for his Kurt Wallander police procedurals ( ; ), sets this intricate, stand-alone tale of murder and intrigue in the vast pine forests of north-central Sweden. Stefan Lindman, a 37-year-old policeman in the city of Boras, sees his life, both professional and personal, as absolutely ordinary. Then he discovers a strange lump on his tongue; it's cancer, and his life changes dramatically. At the doctor's office he picks up a discarded newspaper and reads that former colleague Herbert Molin has been murdered in the northern forests. Because Lindman needs to take his mind off his upcoming cancer treatment, he decides to investigate Molin's death. As the details of the crime come to light, Lindman realizes he never knew the real Molin. The plot involves the secret world of Nazis, both past and present. The prose can be cold and spare, at least in translation: "There was a smell of paint in the house. All the lights were on. Lindman had to bow his head when he entered through the door." The unrelenting Lindman turns out to be an innovative investigator, though those seeking fast-paced action rather than meticulous introspection will be disappointed. Secrets are slowly and methodically teased from the evidence, and by the satisfying end readers with a taste for the unusual will find Lindman, and the mystery he solves, not in the least bit ordinary.