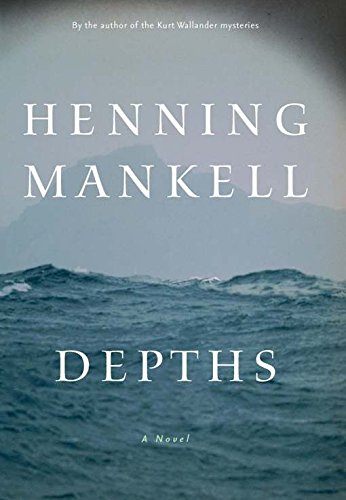 This bizarre and compelling tale from Swedish author Mankell, best known for his crime novels featuring detective Kurt Wallander ( , etc.), focuses on a tortured naval officer, Lars Tobiasson-Svartman, who has the important duty of taking soundings for secret naval channels in the approach to Stockholm at the outbreak of WWI. Like a skilled stonemason, Mankell builds his portrait of Svartman with infinite patience, adding details and highlights layer by layer: Svartman as a naval officer attached to but not a part of a crew; Svartman as husband to a wife willingly left behind as he pursues his secret mission; and Svartman as the obsessed seeker of Sara, the lone inhabitant of Halsskär, a desolate and isolated island. Mankell fully sounds the depths of Svartman's obsessions in a way so artful as to appear artless, creating a masterful portrait not only of Svartman but of the women in his life. This is a memorable and shocking psychological study.