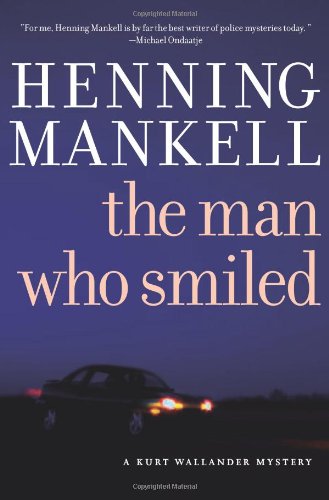 The Man Who Smiled

First published in Sweden in 1994, Mankell's terrific fourth Kurt Wallender mystery opens with the kind of startling image typical of this internationally bestselling series ( , etc.): a lawyer, driving home through the fog, stops after he sees "a human-sized effigy" propped on a chair in the middle of a deserted highway. Gustaf Torstensson gets out of the car to investigate, is hit from behind and was "dead before his body hit the damp asphalt." The police accept the assailant's claim that it was an accident, but when Torstensson's son, Sten, is shot dead just two weeks later, the brooding Wallender, who's on sick leave and vowing to retire from the Ystad police force, decides to pursue the killer and resume his career. The chief suspect—a powerful, globe-trotting Swedish businessman who's the smiling man of the title—leads Wallender on an exquisitely plotted search for motive and evidence. Dark and moody, this is crime fiction of the highest order.