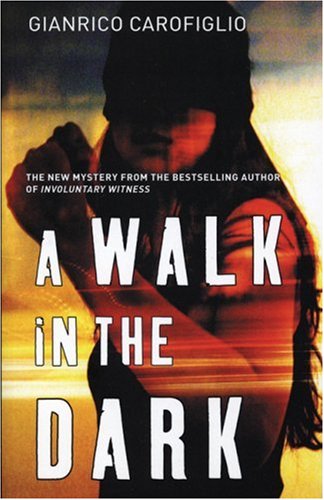 A Walk in the Dark

Carofiglio is an anti-Mafia prosecutor in the southern Italian city of Bari, and maybe someday he'll write a novel with a main character who faces the same kinds of challenges as he does. Until then, we have this second book (after 2005's ), a bestseller in Italy, starring Bari defense lawyer Guido Guerrieri, who could have just gotten off an Alitalia flight from the Land of Grisham or the Los Angeles of Michael Connelly's . Guerrieri can't resist taking on a case no other lawyer will touch, that of Martina Fumai, who has accused her vicious ex-boyfriend, the son of a powerful judge, of assault. Colorful characters, unexpected plot twists and smooth, often sharp writing ("The best of Vietnamese New Wave.... The kind of music I love so much I can even listen to it for five minutes at a stretch") will keep readers turning the pages.