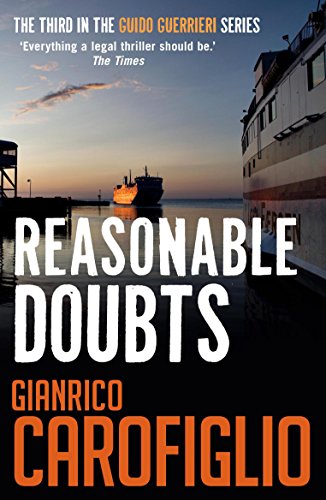 In this philosophical, quirky legal thriller set in Bari, Italy, attorney Guido Guerrieri (last seen in ) is in the throes of midlife malaise when he gets an unexpected and seemingly impossible case. Fabio Paolicelli asks Guerrieri to represent him in his appeal on a drug smuggling conviction that led to a 16-year prison sentence. Despite his confession, which Paolicelli says he made to spare his lovely half-Japanese wife, Natsu Kawabata, from being convicted along with him, he's convinced he was set up—and that his first lawyer, Corrado Macrì, was part of the conspiracy. Guerrieri is reluctant to take the case, but he does so for a host of mostly bad reasons, not the least of which is Kawabata's beauty. The mystery plot intrigues, but Guerrieri truly commands the reader's attention with his unflinching awareness of his own failings and his thoughtful musings on life and the law.