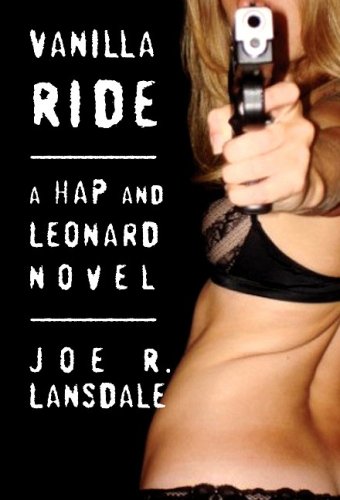 Last seen in 2001's , Lansdale's East Texas twosome of Hap Collins and Leonard Pine, who specialize in daring jobs for hire, are in fine fettle—slightly older and wiser, still prone to down-home philosophical rants and as eager as ever to lead violence by the nose. In their seventh raucous outing, the unlikely partners—Hap's a white, horny heterosexual good ol' boy, and Leonard's a black homosexual Vietnam vet—rescue a friend's daughter from the clutches of drug dealers. Unbeknownst to our heroes, the dealers are part of the Dixie Mafia, which proceeds to send waves of assassins in retaliation, each worse than the last. Joking as they go, Hap and Leonard dispose of each with their usual brand of brutality. Then, the mafia sends its weapon of last resort, Vanilla Ride, a beautiful hit woman. Edgar-winner Lansdale's storytelling skills are as sharp as ever—bursts of action, moments of reflection and lots of shooting the breeze before trouble comes calling again.