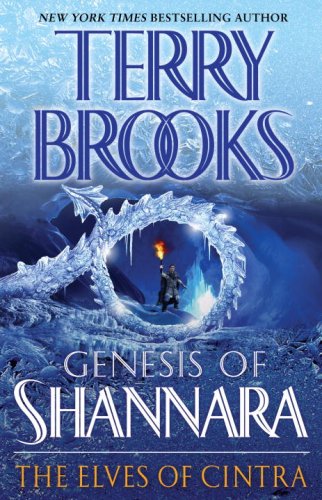 The Elves of Cintra

Extinction or survival? Brooks keeps readers hanging with the hair-raising second installment (after 2006's ) of a trilogy blending his bestselling Shannara and Void series. A plague-ridden future Earth faces annihilation from Void demons, once-men and other monstrous creatures. What chance do innocent children have? A pretty good chance when Logan Tom and Angel Perez, the last Knights of the Word, have pledged to defend them. Hawk, a child suffused with unpredictable magic, also helps the Seattle street kids called the Ghosts, but when he's whisked away to the magical Gardens of Life to learn of his heroic destiny, the kids come to depend on Logan and Cat, a part-lizard girl. Playing another important role is Kirisin, a Cintra elf hiding in the Oregon woods, who finds the blue Elfstones that can lead him to the powerful, myth-shrouded Loden Stone. Celebrating his 30th year as a professional writer, Brooks provides another fascinating group of characters tackling harrowing and inspiring life and death issues.