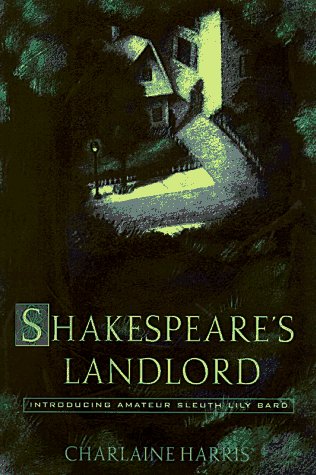 While on a late-night job in tiny Shakespeare, Ark., Lily Bard, 31, sees a furtive figure placing large plastic garbage bags in the local park and, untying one, discovers the body of her former landlord. In a quick but anonymous phone call (she is determined to avoid any questioning), she reports it to the police chief. With skill and wry wit, Harris, the author of the Aurora Teagarden series, soon reveals the horrific facts in Lily's background that explain why she is solitary, confrontational, obsessed with self-defense--and why she chooses, despite a first-rate education, to eke out a living as a cleaning woman. Realizing, however, that her fingerprints on the body of the dead man might make her a suspect, Lily subtly and insightfully queries her customers, some of them tenants of the murdered landlord, in the process meticulously evaluating their closets, drawers and motives. The renters are a well-defined lot: a happily promiscuous idler; a sanctimonious and hypocritical reverend; and an aging couple with much to grieve about. As Lily investigates, she develops a wary but cordial relationship with the police chief and forms a warmer tie with her karate instructor. But at the same time, someone has discovered the unspeakable facts about Lily's past and has begun stalking her. Harris's finely tuned, colorful and suspenseful tale, filled with vigorous and unique characters, will leave readers hoping it's the start of a series. (July)
close
Details