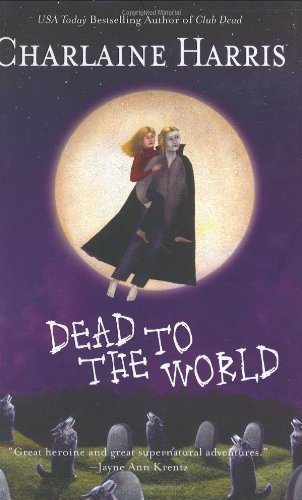 DEAD TO THE WORLD

Fans of Laurell Hamilton's Anita Blake looking for a lighter version of the vampire huntress should cotton to Sookie Stackhouse, a telepathic Louisiana gal who really wants to be normal, but suffers from a huge self-confidence problem, a case of permanent bad luck, difficult relatives and a penchant for attracting unsavory characters of the not-quite-human kind. In this fourth quirky installment in this hitherto mass-market series (after 2003's ), Sookie finds that her bad luck has taken a new turn for the worse. Sookie's love interest, Bill the vampire, runs off to Peru to do research. In his place, Sookie is stuck with Eric, Bill's boss (and head vamp for the district), who appears out of thin air buck naked with no memory of who he is or what he does. Coincidentally, Sookie's brother Jason goes missing. Less coincidentally, but more ominously, a coven of witches (who also happen to be shape-shifters and vampire blood addicts) comes rolling into the nearest big city, looking for trouble. Consistent, well-built characters and a strong, action-packed plot that will keep readers guessing to the end distinguish this frothy fusion of romance, mystery and fantasy.