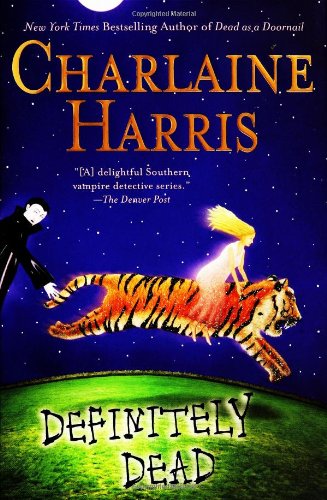 In bestseller Harris's perky sixth Southern Vampire novel to star Sookie Stackhouse (after 2005's ), the telepathic waitress of Bon Temps, La., is off to (pre-hurricane) New Orleans to close out her dead cousin Hadley's apartment. Hadley's death six weeks earlier had been unexpected, since, as a vampire, she was already dead. Still, she'd led a lively existence as the main squeeze of the Queen of Louisiana, an omnisexual vampire, whose political marriage to the King of Arkansas occurred the night before Hadley's demise. Sookie and Amelia Broadway, Hadley's landlady and a pretty cool witch, immediately discover a mess of trouble left behind in Hadley's closet, and Sookie's soon neck-deep in even more. Though most of the intrigue doesn't come till halfway through, Harris keeps the action going nonstop in this bubbly brew of supernatural spice and whimsical whodunit that's more fun than a barrel of beignets. Alan Ball, the creator of HBO's , plans to shoot a TV pilot based on the series later this year.