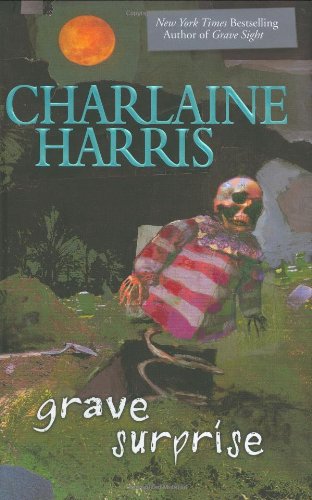 At the start of Harris's winning second supernatural caper to feature Harper Connelly (after 2005's ), a skeptical anthropology professor, Clyde Nunley, tests Harper's gift of clairvoyance in a historic Memphis cemetery, where Harper correctly senses a fresh corpse in the wrong grave. Strangely, the body turns out to be a missing 12-year-old girl, Tabitha Morgenstern, whom Harper failed to locate in Nashville on a case two years earlier. The hotel suite of Harper and her manager and stepbrother, Tolliver Lang, both of whom fall under suspicion, becomes a magnet for a medley of amusing characters, including Memphis cops, Tabitha's assorted relatives and a drunken Clyde Nunley, who, shortly after accusing Harper of fraud, is found dead in the same grave as Tabitha. Peppered with the author's trademark deadpan wit, this book should help make Harper and Tolliver as popular as Sookie Stackhouse, the heroine of Harris's vampire mystery series ( , etc.).