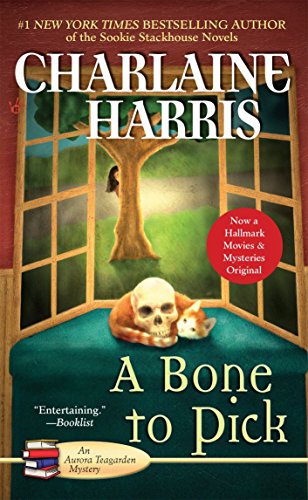 A Bone to Pick

In the second Real Murders club novel starring diminutive, busty librarian Aurora “Roe” Teagarden, our heroine is smarting from a breakup and resentful at having to attend her ex’s sudden wedding (along with that of her long-divorced mother) when she learns some astounding news: elderly solitary spinster Jane Engle has left Roe her house in their sleepy Southern town of Lawrenton and a cool $553K. Roe, who hardly knew Jane, though both were members of the amateur sleuthing Real Murders Club, wonders why, until she finds a human skull hidden in her new house’s window seat and a cryptic note declaring: “I didn’t do it.” The eligible Episcopal minister Aubrey Scott comes calling for a date, and neighbors drop in at Roe’s new digs with strange tales of break-ins and diggings in Jane’s backyard. Harris’s latest is chockfull of colorful local names and background chatter, and fans of this intrepid young private eye will be curious to learn how her new independence unfolds.