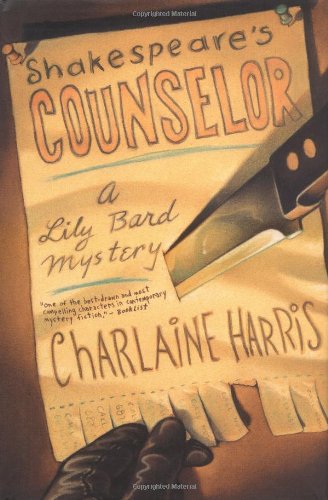 Harris's fifth Lily Bard mystery set in the small Arkansas town of Shakespeare (, etc.) is good enough in part to make one wish it was better as a whole. Its mainstream novelistic promise is left unfulfilled in its adherence to genre conventions. The victim of horrendous violence and plagued by nightmares, anger and self-loathing, Lily joins a local support group headed by Tamsin Lynd, a professional counselor. Tamsin herself has a major problem. She and her husband moved from Cleveland to Shakespeare after being terrorized by a stalker who remains at large. To their horror, the stalker appears to have followed them. First they find a squirrel hung from a tree in their backyard, then the corpse of one of the group in Tamsin's office. Lily, now a professional detective working for her friend/mentor/lover, Jack Leeds, wants to help. It seems two other people connected to the original investigation have followed Tamsin to Shakespeare: one is a woman cop obsessed with catching the stalker, the other a crime writer hoping to find the stuff of a bestseller. In the end, the author delivers a solution too bizarre to be credible. The book's most serious problem, however, is its lack of focus. It would like to be a story about women's pain—the trauma of rape and the terror of being stalked—but in fulfilling its obligations to the detective story it loses purpose and direction, as well as most of its suspense.