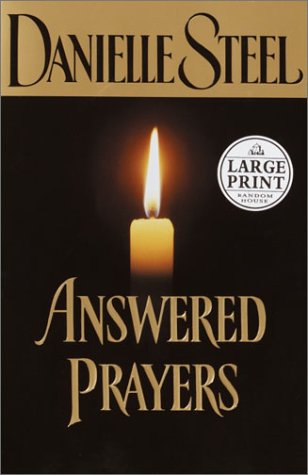 One thing remains unchanged in an ever-changing world, as evinced by Steel's 56th novel: the author's middle-aged principals never look their age or run to fat. After a childhood marred by unspeakable abuse, New Yorker Faith Madison has everything a woman could want: marriage to an investment banker, two nice daughters, a lovely home. Now that her daughters are grown, however, Faith is faced with empty-nest syndrome. Her answer? Go back to law school. Her boorish husband, Alex, tells her she can't; when she runs into childhood friend Brad Patterson at a funeral, he reassures her that she can. Brad is in a similarly stifling marriage on the West Coast, and the two begin firing off e-mails of friendly support. Neither is aware of the growing depth of romantic feeling between them. Both being churchgoers, once they do become aware, how will they reconcile what they want with the fact that they are each being married to someone else? Alex and Faith's retro attitudes about her return to school are a little too pre-1960s for 40-somethings living in the current year, and the e-mails exchanged between Faith and Brad are vapid in their painful mundanity ("...Otherwise, nothing new here... Send me another email when you have time"). Steel seems to assiduously court the currently lucrative CBA market—Brad gives Faith rosary beads rather than the usual diamonds—and some readers may find her protagonists' relationship maddeningly chaste, but the smooth plotting and practiced heartstring tugging achieve the desired effect.