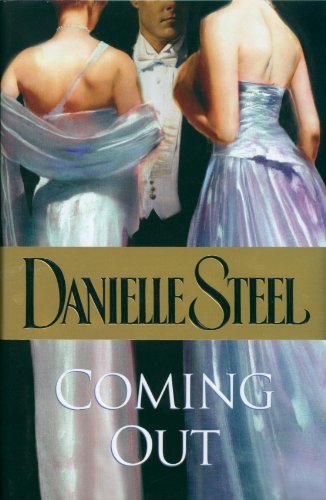 In her 67th novel (following May's ) bestselling author Steel (more than 530 million copies sold) fashions a plot around a single event: an invitation to a debutante ball in New York City. Attorney Olympia Crawford Rubinstein manages to juggle a challenging full-time job; a loving relationship with her second husband, Harry (an appeals court judge who is her former law professor); the care of their five-year-old son, Max, and her three older children from a previous marriage. Olympia's first husband, Chauncey, is a stereotypical, upper-class snob, with no job but a passion for playing polo. Harry, son of Holocaust survivors, champions liberal causes. When Olympia's teenage twin daughters, Veronica and Virginia, are invited to an exclusive "coming out" ball, everyone's lives are thrown into turmoil. Most of the book revolves around the arguments and disagreements spurred by the invitation, and Steel appears overly didactic as she tries to pump life into the simplistic setup: Olympia's Jewish mother-in-law, Afro-American law partner and gay older son are trotted out like polo ponies at auction. Steel's métier is glamour and romance; her attempt to deal with social injustice falls flat.