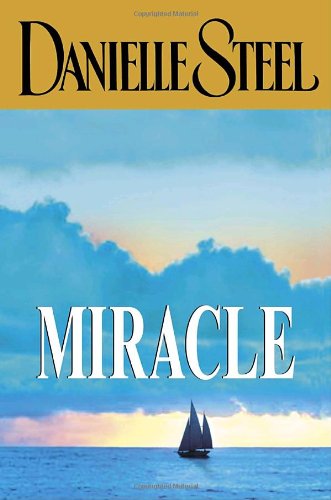 Miraculous? Indeed. Miraculous that Steel ekes 200 pages of book out of 50 pages of recycled plot. Quinn Thompson, a 61-year-old recent widower, has just bought the boat of his dreams—an 80-meter beauty capable of sailing around the world. Because that's all Quinn wants to do besides read his late wife Jane's old journals and poetry, which offer an outpouring of love and forgiveness for a man so obsessed with "building his empire" that he ignored his wife and family completely. Less forgiving is Quinn's daughter, Alex, who wants nothing to do with him. Sure that he is alone in the world, Quinn finds himself having regular Friday dinners with an unlikely San Francisco pair: smart but illiterate carpenter Jack Adams and lonely divorcée Maggie Hartman. Full of self-loathing, Quinn refuses to give in to his desire for Maggie; instead he decides to teach Jack to read. Readers follow the two through a 150-page rapturous description of the respect and admiration they have for each other, while Quinn attempts to forgive himself enough to allow himself to love Maggie. Steel ignores the old "show, don't tell" saw entirely here, and the slim plot and repetitive, drab writing may stymie even the most devoted of her fans.