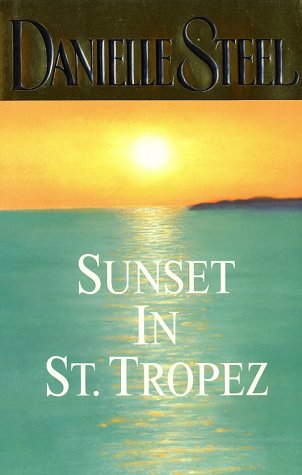 A long-planned vacation in St. Tropez goes wrong in any number of ways in this latest platinum-frosted amusement by Steel. Three pairs of friends in their 50s and 60s decide to spend a month together in the south of France, but before the trip, tragedy strikes two of the couples. Judge Robert Smith loses his beloved wife, Anne, and Diana Morrison discovers that her obstetrician husband, Eric, is having an affair with a much younger patient, though Diana's "minor cosmetic surgery... had knocked ten years off her age." John Donnally, an irascible investment banker, and his French wife, Pascale, a former ballerina, try to do what they can to keep everyone's spirits up. The friends eventually convene in St. Tropez, but the house that looked so perfect in the marketing photos is far from what they expected, and it takes Herculean effort by Pascale and the eccentric caretakers to get it up to snuff. Robert has a new love interest visit, though it is only seven months since his wife's death, and she, to the chagrin of the ladies, is an actress many years his junior. Will the friends' relationship survive these changes? The answer is a foregone conclusion, and the frills and froth of the packaging can't quite conceal the silliness of some of the goings-on, but Steel fans will lap this up.