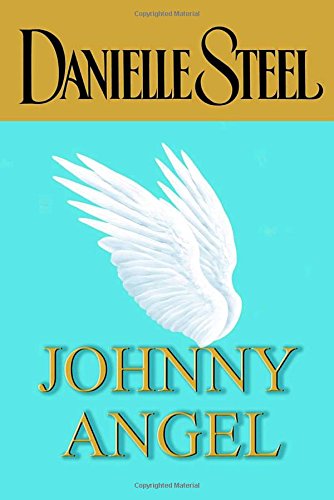 In the 1962 rock ballad, Johnny Angel isn't an angel, but an angelic young dreamboat. In Steel's book, the titular hero is both—as well as class valedictorian, a football/track star, a faithful boyfriend and a college scholarship winner who holds down two jobs to help out his family; on top of it all, he has "great teeth." Killed in a car crash after his senior prom, 17-year-old Johnny Peterson is sent back to earth as an angel. His mission: to fix certain troubles left unresolved at the time of his death involving his girlfriend, Becky, her impoverished mother and his dysfunctional family. The plot may strike TV viewers as little more than a warmed-over rerun, but the theme—the healing power of love—is classic Steel. Unfortunately, the story is flawed by clunky characterizations. The sticking point isn't that Steel reveals her characters' problems through authorial proclamation rather than action and dialogue—that bluntness is simply her style—but that she explains those problems repeatedly. The first time readers learn that Johnny's dad drinks himself into a stupor every night from guilt over causing the accident that traumatized Johnny's brother, Bobby, into muteness, it is necessary information. The second repeat can be justified as emphasis. But multiple further repetitions are downright tedious. Still, Steele's heartfelt depiction of the central relationship between Johnny and his mother is touching, and few readers will get through the revelation of Johnny's final gift with dry eyes.