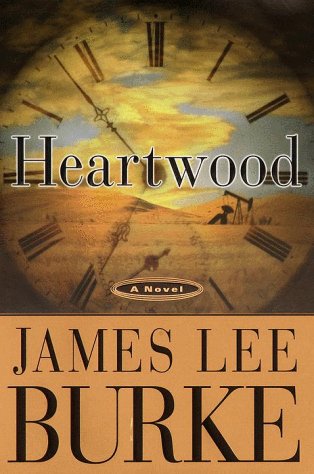 Burke's newer series hero, Billy Bob Holland (Cimarron Rose, 1997), could have been separated at birth from Burke's long-time protagonist, ex-New Orleans cop Dave Robicheaux. Although Holland is a lawyer in the rolling hill country north of Austin, Tex., he shares Robicheaux's sensibilities: he's brutally honest, haunted by his past, kind to children, protective of the underdog, a lover of the beautiful country in which he lives. Most of Burke's villains are arrogant millionaires; here, the dark heart belongs to Earl Deitrich from Houston, who spread his money around the town of Deaf Smith and married the prettiest girl, Peggy Jean Murphy, Holland's high-school sweetheart. Deitrich's pervasive evil extends from threatening Kippy Jo and Wilbur Pickett into ceding him the oil-rich Wyoming property Kippy Jo inherited from her grandfather, to arranging the false arrest of a business victim, to arson and murder in an alliance with a San Antonio Chicano gang. Meanwhile, Deitrich's insolent son Jeff elopes with the sister of the gang's leader; their breakup places Holland's own, illegitimate son in peril. Despite a circuitous, often confusing plot, the novel compels for its lush portrayal of exquisite countryside; its beautifully composed, mood-setting scenes that pace the action; and the leisurely introductions that give dimension to the many eccentric characters. At one point, a Deitrich victim sums up a consistent Burke theme: ""Law punishes a poor man. Rich man don't have to account."" Holland agrees, but succeeds in turning the tables in this rewarding novel. Major ad/promo; author tour. (Aug.) FYI: Cimarron Rose won the 1997 Edgar Award for Best Novel.
close
Details