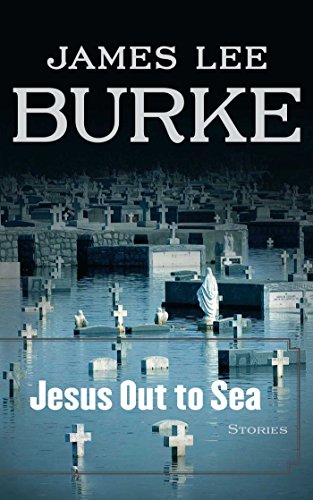 Jesus Out to Sea: Stories

The 11 previously published stories in this strong collection showcase Burke's handling of familiar themes and places, minus the trappings that accompany his popular Dave Robicheaux or Bill Bob Holland novels. The inevitable marriage of war and atrocity is powerfully described in the very brief Vietnam War tale, "The Village." The title story, one of two dealing with Katrina and its aftermath, shows the lasting damage of war on survivors. Both "Winter Light" and "A Season of Regret" feature disillusioned, stoical academics, loners coping with the encroachments of cruder society. Most wrenching and affecting are several coming-of-age tales: "Texas City, 1947" depicts brutalized children and contains a surprising dénouement; "The Molester" and "The Burning of the Flag" both feature childhood friends from the WWII era confronting bullies or demons. Burke demonstrates impressive range, sensitivity and polish in these smaller-scale gems.