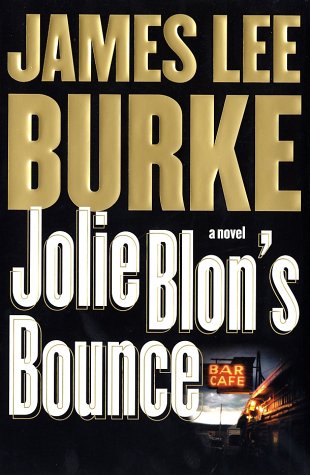 To read a Burke novel is to enter a timeless, parallel universe of violent emotions and lush, brooding landscapes, where class and racial distinctions and family histories mold society. This is the stunningly talented Burke's 21st book and his best—until the next one. Dave Robicheaux, the psychologically scarred detective for the New Iberia, La., sheriff's department, investigates two brutal murders, one of a naïve teenage girl, the other of a feckless drug-addled prostitute. The author provides a dense, richly imagined background for his characters, especially the sinister ones: malevolent Legion Guidry, a nightmarish figure from Robicheaux's boyhood; a power-hungry tavern owner; an arrogant lawyer; a combative female PI; the prostitute's Mafioso father; and Marvin Oates, an enigmatic Bible salesman who floats ominously through the narrative. Robicheaux doesn't believe the obvious suspect—Tee Bobby Hulin, a drug-addicted musical genius—is the murderer. Aided and disrupted by his obstreperous pal, Clete Purcel, Robicheaux runs into the usual trouble. Legion gives Robicheaux such a ferocious beating that he reverts to drinking and addictive painkillers. Though the search for the murderer moves the story, the novel is really an examination of the savage relationships of the characters and the palpable presence of the past. Burke offers a vivid social history of an inbred, corrupt place. As Clete so aptly tells his friend, "This is Louisiana, Dave. Guatemala North. Quit pretending it's the United States."