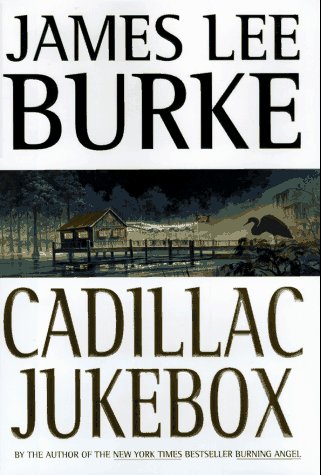 A ripeness of villains, the familiar good guys and some who travel the territory in between comprise the cast of the rich ninth Dave Robicheaux adventure, following Burning Angel. Nearly 30 years after the shooting death of a prominent black civil rights leader, Louisiana redneck Aaron Crown, age 68, is convicted of the crime. Crown, insisting he didn't do it, asks Robicheaux, sheriff's deputy of New Iberia, La., who once found his runaway daughter, to investigate. Meanwhile, others turn the story to their own advantage: Buford LaRose, a wealthy university professor running for Louisiana governor, hopes to ride the sales of his book, pointing to Crown's guilt, to victory; and New York film interests come down to interview Crown. Then in New Orleans, a film writer is brutally executed. Despite a deep reluctance to be involved with the slick LaRose, whose wife he once slept with (and who tempts him still), Robicheaux is drawn into ensuing events. One of three mob-related figures whom Robicheaux suspects of backing LaRose warns him off; Crown escapes; LaRose wins the election; a huge psychopathic hired killer reappears; a mob figure is beaten to death; and a freethinker from the 1960s, now a LaRose family guru, is connected to a Mexican drug operation. Burke delivers more spectacular killings before clearing the 30-year-long thicket of revenge, ambition and blackmail and arriving at the Tara-like ending. The cast's knotted relationships may not always be clear, but Robicheaux's angst and stubborn do-right determination shine as bright as the plastic casing on the replica 1950's Wurlitzer of the title. $250,000 ad/promo; author tour. (Aug.)
close
Details